I’m not the only cycling Dutch girl in the family. Meet Ineke.

She is one of my grandmothers younger sisters.

One year later they set off for Australia. 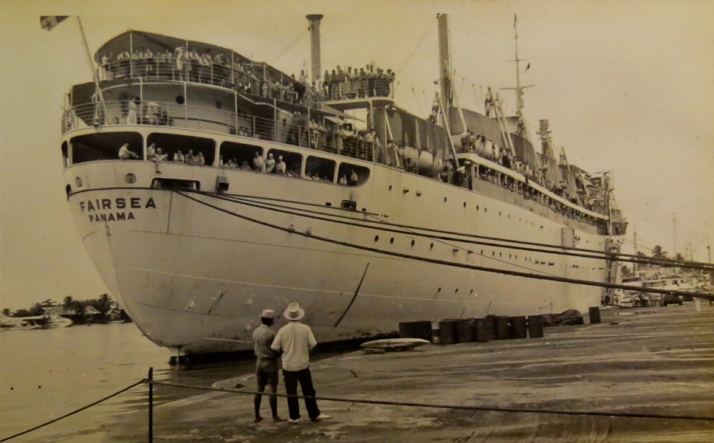 They stayed in an old army camp in Bonegilla for a month before setting up home in Toowoomba, Queensland.

Four children, thirteen grandchildren, eleven (almost twelve) great-grandchildren and 60 years later, here I am. On the couch with my great-aunt & uncle in the village they retired to on the sunshine coast.

We took a drive down to Brisbane where I could meet some more members of my extended family.

When I talked on the phone to my mum & dad, whom had all my sisters over for mothers day, It felt like being in a parallel universe.  My dad’s cousins and their kids, my age, and their children again gathered here on the opposite side of the world for the same reason. 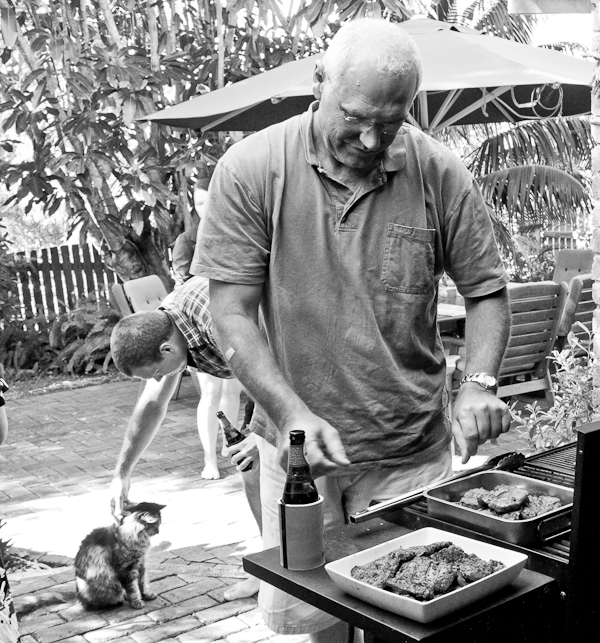 Phillip, who spent a year in the Netherlands in the 70’s ( when he had great hair! 🙂 ), showed me around Brisbane.

I saw the artificial  beach in the middle of the city, we cruised up the river, 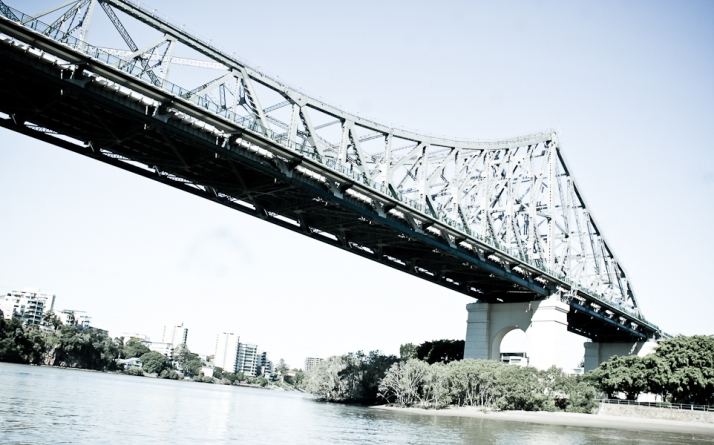 and checked out the Pink Lady.

The boat young Jessica Watson sailed around the world in. Times have changed since my Great Aunt & Uncle came halfway across the world…

My Grandma used to tell me that it would cost them 10 guilders a minute to talk on the phone. Now my parents ring me on my mobile for next to nothing… Except that I lost my phone at “Beef week“…

It was great luck Kirsten (my 2nd cousin’ son’s girlfriend..) had her old phone lying around. It wasn’t just an old crappy phone like my own. But a fancy grown-up-real-peoples-phone. And she gave it to me!

Now I can check out routes, email, weather and all sorts. Just with a phone! I’m very impressed. And I can still get phone calls from my parents too 🙂

It happens to be one of the worlds great beef cattle events. Once every three years more than 4000 head of top stock from over 30 different breeds are brought together for display in Rockhampton, the beef capital of Australia. 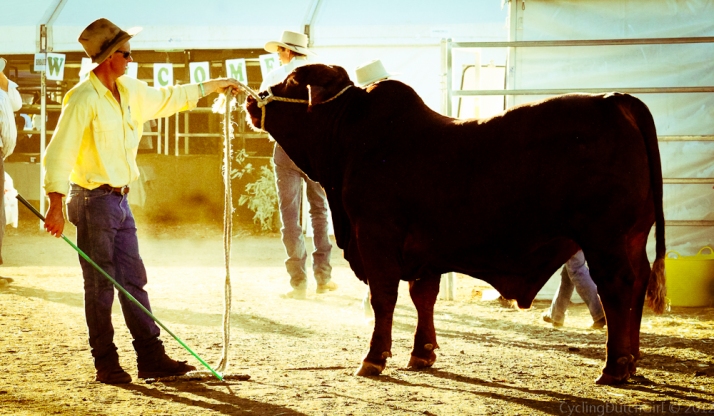 There are celebrity chefs, seminars and property tours. 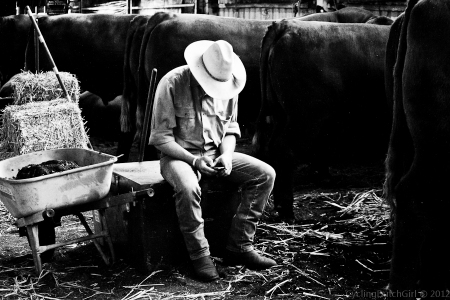 You might wonder how I got involved with all that…

When I arrived back into the country I caught up with some friends I made at the Country Music festival in Tamworth.

They happened to be heading up this way. So I tagged along and took some pictures. (you can see all of them here)

Our first stop was the ‘Golden Mount Festival’ 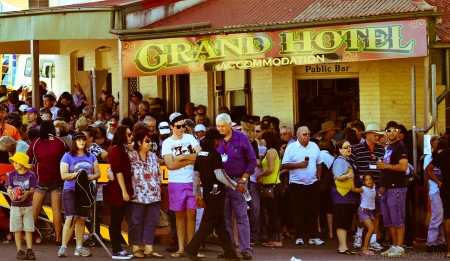 Every year the small historic town of Mount Morgan holds this festival with stalls, performances, and a parade. 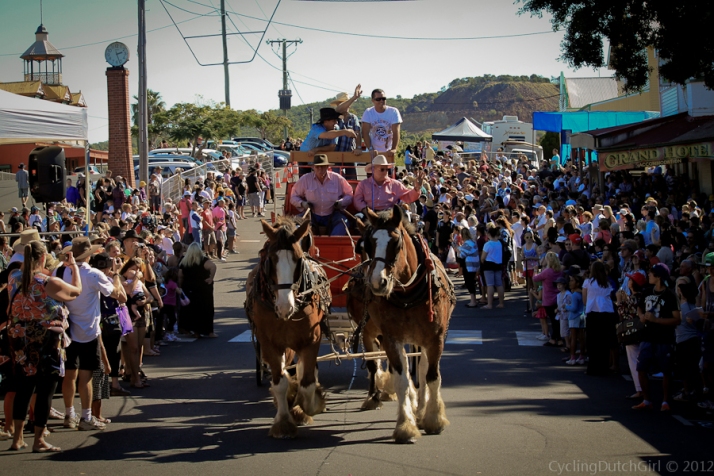 This year the music on the street was provided by Lance and his band, the guys I met last year.

Big part of the festival is the rodeo. 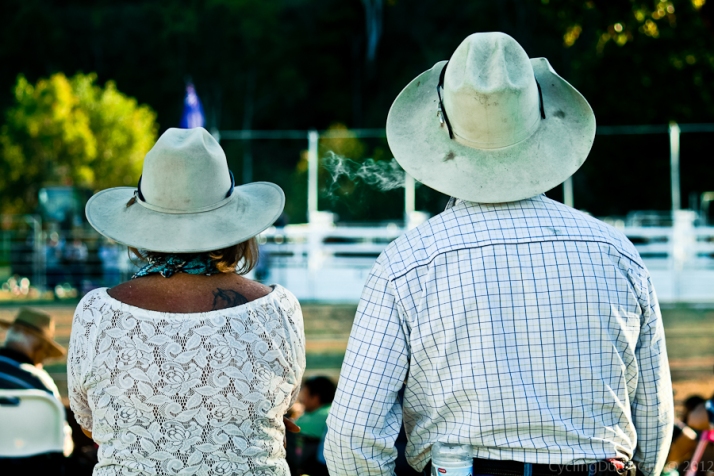 And in the evening the sounds of Lance and the guys entertained the crowds.

A spectacular end of the day came with the moonrise. Apparently the moon was closer to the earth then normal. 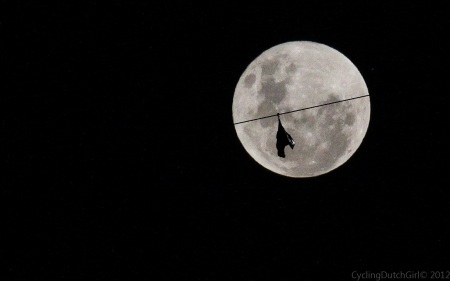 After all this fun and play I figured it might be a good plan to jump on my bicycle for a little while. I did, however, still have a few people in the area I liked to catch up with.

6 years ago Julian spent a little bit of time at the hostel where I worked. It seemed about time we finally catched-up. So this we did. I stayed a night at his & his girlfriends place. They have great coffee!

Great coffee was also found at Inge & Edwards’, who surprised me two years ago when they found me on a remote WA road and they knew who I was. A year earlier I had lost my Buff in Katherine. And since Inge & Edward supply Buff in Australia they send me out a couple 🙂

Back then they told me to come and stay at their place if ever in the area.

Now, 3 years after our initial contact, I have arrived. It was a steep climb up, but man was it worth it!

Inge has built her property from scratch and everything in and around the house is built for comfort. With a wonderful view, facing north and a great beautiful balcony with soft couches it is a very easy place to stay another day. Not that we lazed around all day every day! Not at all. There were places to see, things to do, people to meet and ice cream to be eaten…

We took a trip to Noosa, to have a coffee with Dutch Lady Jo (Hoi Jo!) and where Edward was determined to show me a koala. I have been in Australia over three years and have seen exactly zero koala’s in that time. So they took me to the place where I was sure to find one. And would you believe it? My first koala in Australia…

It’s a wetland area at the end of the Noosa river with an enormous amount of bird life and plants. 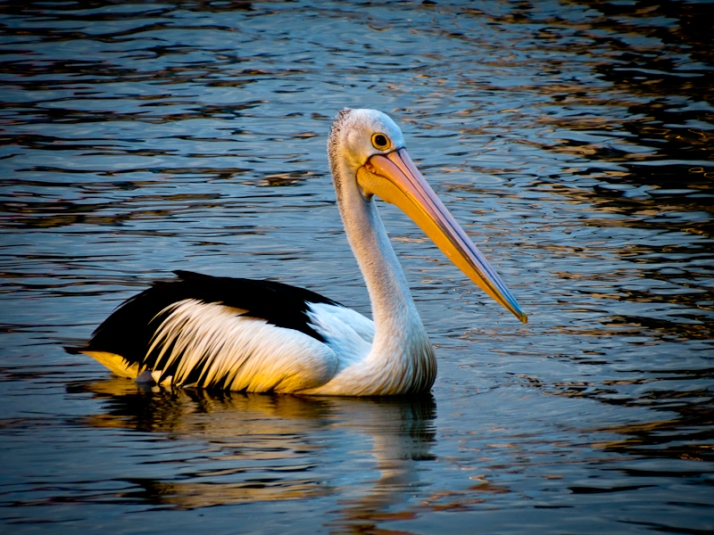 Going from the shallow saltwater lakes to the freshwater riverways I was amazed at the reflections in the water.

As we came back to Noosa you wouldn’t believe the noise!

A million birds are fighting for the best place in the trees for the night.

At least that is what it sounds like. A great sight to see. You got to watch where you walk though…

By now my bicycle was feeling seriously neglected.

So I thought it a good idea to set off once again.

9 thoughts on “Coast and Country”