There’s some great collections of bicycle-touring blogs out there;

Checkout the girls at Loretta’s    WOW -Woman on Wheels- Wall

Friedel & Andrew  have tons of info, And a huge collection of bike-touring Blogs in their en-CYCLO-pedia

And Amaya’s Woman Cycle the World Page, Inspiration and information

And here you can download the free bicycle traveler Magazine full of good stories and inspiring pictures.
Enough Inspiration?

And now you want to go but

don’t know where to start?

250 pages of hard-earned advice on getting kitted out for your adventure.

If that’s not enough, check out Tom’s website ,where you will find every single piece of information you ever wanted.

Alastair Humphreys has an aweful lot of stories, tips, tricks and information on his website.

Warmshowers is a wonderful community for touring cyclists and hosts.

Well, I guess I’ll see you out there!

I ran into Heike in Tasmania in 2011, since she’s cycled many many km’s and keeps an great blog chockablock of stunning images!

Cinderella. another Dutch girl taking it easy and enjoying her travels at a good pace. Great stories and beautiful pictures.

From Sweden with lots of happiness rides Frederika around the world. Beautiful images and short interesting blog post, always leaving you wanting to read more..

The Cycling Family has been riding and growing over the past decade. I follow their trip in the America’s with a lot of interest. Hopefully I’ll be able to ride in their tracks one day 🙂

Jin, from Korea has set off from Canada to ride her bike as far as she can to see the universe, She has a wonderful way of describing her travels.

Hera, from the Netherlands,  is currently riding south from Alaska (after already riding to SE Asia from Europe)

Emily, A bike courier who takes on the world. Most excellent read! 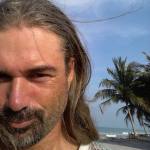 I love reading Richards humorous travel tales as he cycles (or walks) onwards, forever onwards (and mostly uphill) -in Dutch-

Helen’s take on…. whatever comes her way (or whatever she finds her way to)

Is it riding across Africa, Siberia, Adventure talks or writing books. She just does it all.

I met Dorothee in Indonesia on her first tour around the world, she’s a machine and is now on her second lap around. 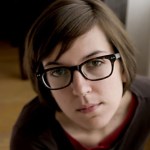 Bernadette went on her first biketrip aged 16 and now, decades later still absolutely loves bike touring by herself, She keeps her blog in Dutch and writes bicycle guidebooks.

Kurt. Who after I met him in Turkey went on to keep an awesome blog and have some crazy off-road South American adventures. And onwards…

Greamme has the best blog out there if you’re interested in trails Australia!

(He also got one for Hiking New Zealand these days.)

Fietsjunks Ellen and Elmar are now cycling the America’s but have been all over the world taking stunning images as they go.

If you feel the sudden urge to support a Dutch girl on a pushbike, here is your chance!