If you recently got a driver’s licence and you are not too sure about your abilities I would recommend you to drive a Landcruiser across Australia….. and back.

After fifteen-thousand km, I’m feeling a bit more secure behind the wheel.

And, as a nice side effect, had a wonderful time cruising the land.

Brendan is driving his van around Australia. We met a couple of weeks ago and kept in touch We caught up at the airport so he could safely guide me out of Melbourne (…) At Mount Franklin we made camp. Brendan is very well-organized so even when its raining and real cold, you can sit warm and dry inside the van where a complete kitchen provides the luxury of a great meal… the cook helped on that account too 🙂 Another excellent feature is the shower. It runs on gas and in no time at all you can be as clean and warm as you can imagine, heavenly. No wonder I decided to meet up again along the way… 😉

In the landcruiser I have got a Tom-Tom. I’ve never used it before so it seemed a good idea to ask for the shortest route back to Kapunda…

That was a mistake.

Or maybe not really a mistake since I had a very interesting time and took roads I NEVER would’ve picked on a map. The TomTom was friendly enough to start off with, even asked me if I wanted to avoid dirt-roads. I did. But then he continued completely ignoring me and the dirt-roads… any roads actually. He guided me into a lovely hilly area, but seemed to be unaware of the fact that the road he had in mind didn’t actually exist. Turn left now, turn left now…. TURN LEFT NOW. There wasn’t a left turn! In fact there wasn’t any turns… And it didn’t just happen ones. On some strangers driveway I decided TomTom knew even less where we were going than I did.

So I ignored TomTom and let him mumble to himself while I continued. To arrive in Kapunda just after sunset.

Where my parcel hadn’t arrived (more about that another time).

But after 2 days I wanted to move on. So I cooked (yes, I cooked! Seriously… strange things are happening this side of the world) a huge pot of ‘hutspot’. So I wouldn’t have to bother withbuying or making food along the way. You can’t take fruit & vegetable across the Western Australian border unless it’s cooked. So, there you go. I cooked…   (hutspot=Dutch dish of onion, carrot and potatoes all mashed up)

There is a lot of free-camp area’s in australia. Many are along the highways, but some are in hidden and amazing places.

They are easy to find if you get this guide-book ‘Camps Australia 5’. I didn’t. But lucky for me Brendan did 🙂 It is also referred to as ‘the travellers-bible’. And for good reasons, it guided us to some very pretty, quiet and free camp sites.

We stayed at stoney point where we walked around the lighthouse with sunset.

And the one at Pildappa rock. A huge granite outcrop in the middle of nowhere (like everywhere in Australia… pretty much) It was so pretty we stayed for two nights, climbed the rock had a beer and found a sheep.

Have I mentioned Brendan is from New Zealand?

After saying goodbye and see you later I kept cruising west. Back along the long straight road and past the hat-tree, the appliances-tree, the underwear-tree and the shoe-tree…

It seemed to take less time going back even though I stuck to 90km/h the whole way to annoy every other vehicle going my direction… And to safe fuel.

I found some lovely camping spots right on the edge, and one near a waterhole.

I wasn’t the only one there. Mark and Wendy were just on their way home from buying a fancy new caravan in Adelaide. It was fancy. And new. And in the fridge they had cold beer. And on the laptop they had a movie. And in the kitchen they could make sausages and poached eggs. I really liked their fancy new caravan…

In the car they had a two-way radio. So on our way to Norseman we could talk to each other about other road-users and the colour of the trees. (They looked beautiful! Like someone had gone to paint them all gold..)

In Norseman the friendly lady at the information was so friendly, she gave me a certificate to commemorate that I have crossed the Nullarbor. I didn’t think it was a huge feat. Not in a big white car. Not like it would be on a bicycle… But I’m not going that way on my bicycle. I’m gonna go straight across the middle of Australia. So I gladly accepted her certificate. And kept driving.

Untill I ran into my friend Don, who happened to be on his way east on the Enfield. After a night in the tent, a coffee and a go at the bike (love that bike) I kept going. The car was overdue, thought I better get it back.

But when I got back Michael told me to get up to Shark Bay and go fishing with a farmer. Strange request I thought, but ok. I drove the 500km North from Geraldton and went fishing with the farmer.

I caught a shark. Not a big one, but still.

I did catch the biggest fish of the day, a snapper. 77cm. So big it was illegal according to the chart, so we cut it up and chucked it on the BBQ 🙂

Although I’m still not sure I can say ‘I caught it’ since someone else put the bait on and some one else took the fish off… Ah well, never mind.

At Shark bay you find ‘Stramatolites’.  Stramatolites are direct desendants of the oldest form of life on earth. About 3,500million years…

Driving up to Shark Bay it suddenly struck me as very strange how people seem to find it perfectly normal to live in ridiculous remote places. Like Denham, Australia’s most westerly town, everybody just goes on with their lives like it’s no big deal that the next town is 500km down the road… Madness.

They idea behind the whole fishing-expedition was for me to get a job on that farm. Farmer said yes. But when I got down there nobody seemed to have any idea and farmer himself had mysteriously disappeared.

So there I was. With a Landcruiser full of stuff (bicycle, camping gear etc.) And no idea where to go or what to do. I rang Kayne. We worked together on the tarps and now he’s on a farm near Perenjori. I helped out for a day. Picking up rocks from the paddock. It seems like a crazy job to be doing on a 30.000 acre farm. But I guess it needs to be done.

I realized there is a bit of a language barrier between some of them guys (mostly kiwi’s) and me.

Like when I asked where they wanted me to drive the truck….

Him: “right, just make a beeline for them centre two outside ones…” …And he walks of.

After a few days of feeling slightly lost I got the car back to Michael. So that’s another chapter closed.

And I got a job at Gary and Jenny Masons farm.

I’ve been doing random jobs around the farm from shovelling shit out of the shearing shed to scrubbing floors and from building brick pathways to planting flowers….

All this while waiting for rain…

Today it has started. If it keeps going we can start putting the crop in shortly and I’ll be doing one of the things I like best after cycling.

One day I’ll get back on my bicycle.

It will be soon! 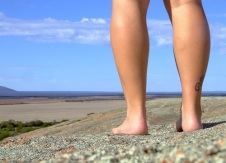 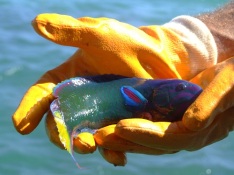 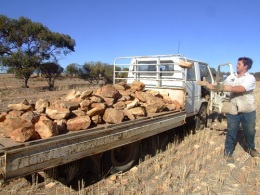 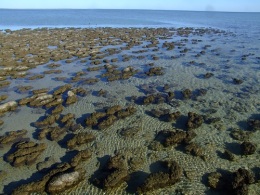 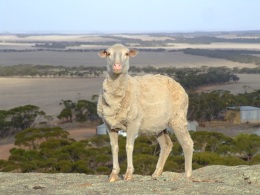 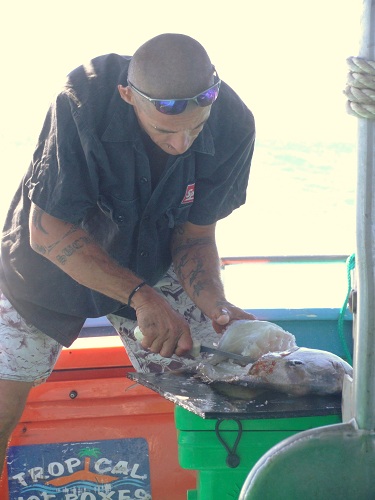 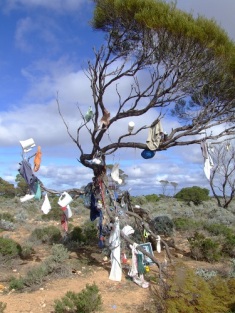 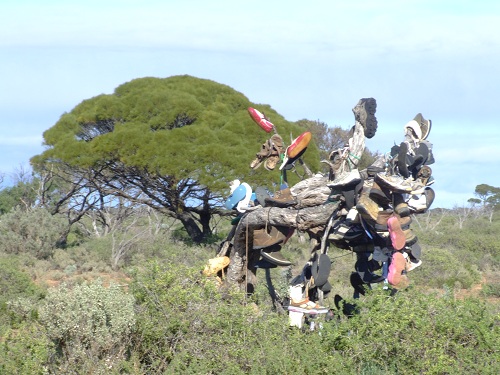 6 thoughts on “Cruising the Land”