After a full week in Andermatt I figured it be time to get on the bike again… Even though that package hadn’t arrived yet. 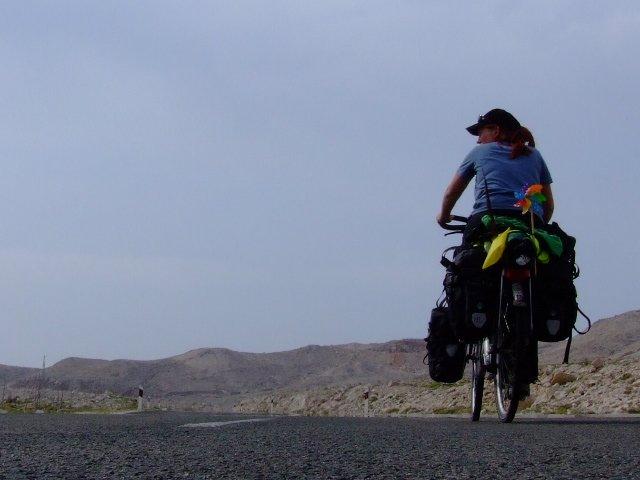 So Hans took me back to Como and off I went. Logically that day the package arrived.. so, nice as he is, Hans drove it to Garda lake to get it to me. Where I arrived in the meantime, having cycled across the lovely and sometimes not so lovely Italian countryside.
Not so lovely when I accidently came across a road where just that minute every one of them 60 million Italians decided to drive cars/ scooters/ motorbikes as well…. Lovely the rest of the time.

One morning I cycled up a little mountain when I came across a chapel, now isn’t that a big surprise in Italy, but it was for the Madonna dei Cyclisti! A patron Saint for cyclist! So obviously I had to stop and have a look around, I’m sure I’m blessed now forever 🙂

Same day I crossed the colle San Zeno, a serious climb from 200 to 1480m in 18km… I had an Italian mountain-biker accompany me for the last 5km to the top. He spoke no english at all but was well impressed, so much that he gave me some change to get a cold beer on him… so I did.
Just after the Garda lake I found a proper bike trail!

So I changed my plan and followed it all the way via Trento to Bassano del Grappa where I turned left. The path took me along the Brenta river though the mountains, great scenery. All flowery trees and things blossoming and stuff.

I stayed a night in fam.Marini’s garden who, the next morning, gave me a bag full of leftover chocolate from easter 🙂 that was lucky.
Next night I’ve found the only slope in a very flat part of Italy… and there i put my tent… It was at fam.Severinos house who then invited me to stay inside the house instead.

I had dinner with them and for the first time since I entered Italy I got spaghetti! O No! And I had to try to eat it with just a fork and don’t make a mess of it… and I did it! I was well proud of myself… no one noticed.

Next day, after a great sleep all refreshed I cycled 157km!!! A new record. Not on Purpose, but the one time I decide to go to a campsite they’re all closed. I finally just put my tent up on a closed campsite just across the Slovenian border.
Before I was properly awake the next morning I already cycled across the next border into Croatia, not a very large stretch of coast Slovenia got… lucky I know from previous experiences what a lovely little country it is. but that’s another story.

Now.
Croatia
It’s A gorgeous coast they’ve got here, that’s for sure! I’ve been cycling on a main road but there’s hardly any traffic at all, there’s the odd truck that sneaks up behind you and then beeps it horn so I nearly fly off into the Adriatic sea… It’s a bendy road with some gentle hills. 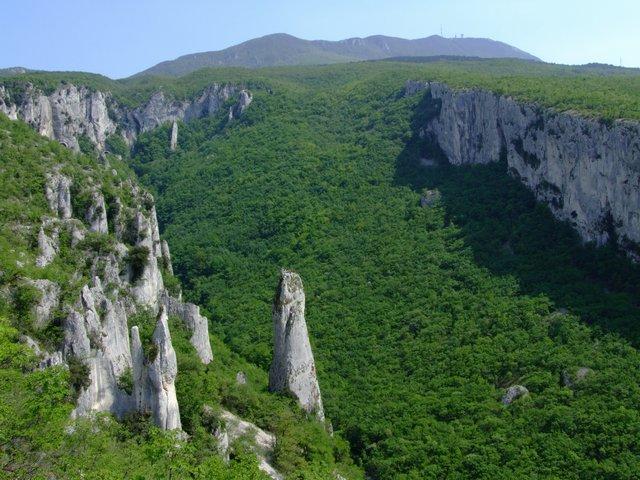 Nothing like mount Ucka that I cycled up when I first entered Croatia or Hrvatska as they call it themself (that explains the HR on the back of cars… first I thought there were an awful lot of Hungarians around..) That must’ve been the steepest hill I’ve cycled up in the history of steep hills I’ve cycled up… 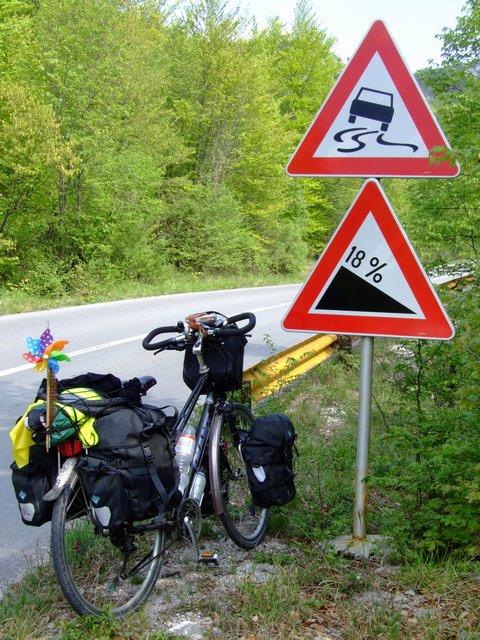 18% for about 5km or so…
The Croatians them self seem nice enough, they all wave and smile back happily shouting dobar dan! It’s a bit difficult to get to chat even though they speak english or german perfectly. It seems to get fairly overloaded with tourist in summer, every other house has a ‘zimmer frei’ and sometimes you can hardly see the sea cause of the restaurant/ autokamp/ apartmani/ sobre-signs. I’m now in Split so it wont be long before I’m in Dubrovnik. My mission is to make at least one Croatian friend. lets see how it goes. 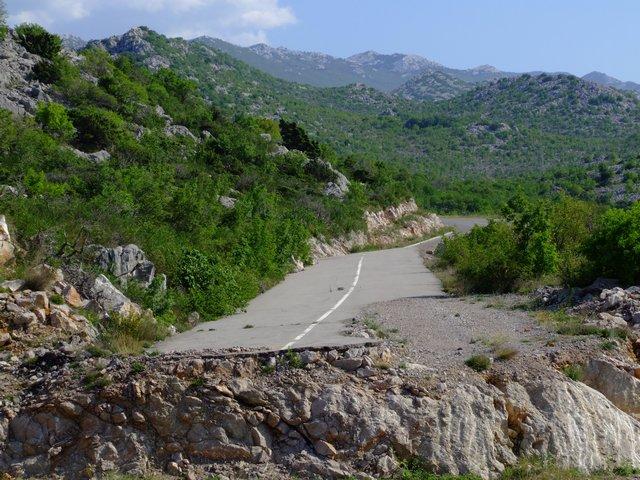 9 thoughts on “Sun, Sea and Cycling”