Last year on my ride around the South Island I ran out of time to cycle the Molesworth. 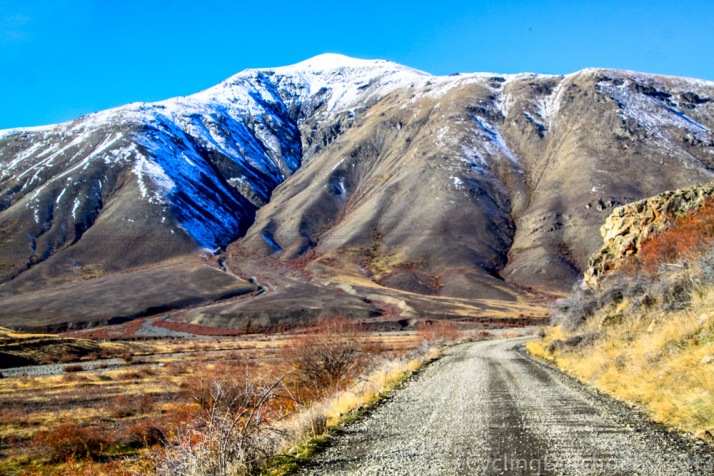 So this remote high country station road was on the top of my list for this year.

One slight inconvenience is that the road closes 8 months a year. 2 out of 3 days a year they get frost at the homestead, and snow can close the roads for weeks on end. 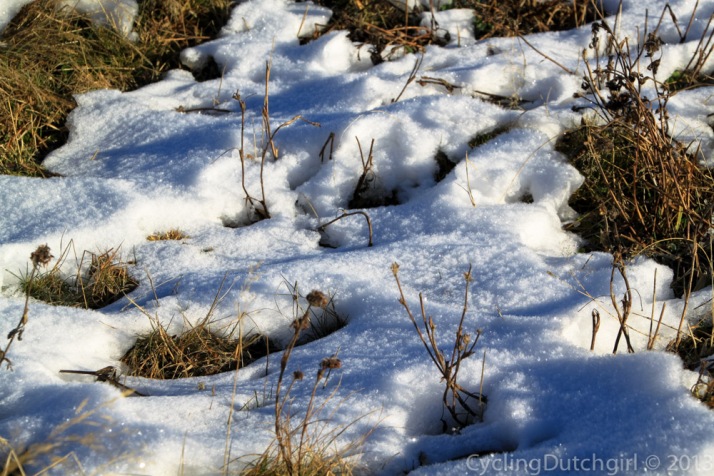 It is possible to ask for permission to go through. But when I spoke to the manager on the phone he didn’t sound too keen at all.

But he didn’t say no. And after pestering him with a few more phone calls and emails I got the all clear after waiting out a few bad weather days in Blenheim.

In the comfort of Marg & Shaun’s house.

Kylie’s mum & dad. We met on my way through last year when we went fishing and saw a million dolphins.

This year we went to check out a chocolate factory!

Clear blue sunny skies and sunshine accompanied me along Taylor pass and into the Awatere Valley.

The Station itself starts about two days ride up the valley. I was expecting to camp in cold temperatures.

But when I asked Pip if I could pitch my tent on her land she invited me in.

Her husband was working on a station up the track so it was good to have some company. And great for me to get a shower and a bed.

A few people stopped along the way asking if I knew the road ahead was closed.

One gentleman told me last night was -7 degrees and it’s expected to be -11 the next!

Am I glad I got a good sleeping bag, but I haven’t tried it in these temperatures yet. (The one I had in Tibet was different)

That evening I made it to the camp on the start of the Molesworth road to find all the taps turned off against freezing the pipes.

The temperature was quickly dropping as I rode a little further where I found a creek. Just as I was pitching my tent a guy in a vehicle came down to tell me I was coming with him. Instructions from the boss.

Dennis works at Molesworth station and was just heading out that night to shoot some rabbits. But not before he dropped me off at one of the shepherds huts. With a heater and a bed a wonderful luxury!

Just when I settled in the boss, Jim, called around. Telling me I was to have dinner with Annie, the cook, and breakfast at 7. 🙂 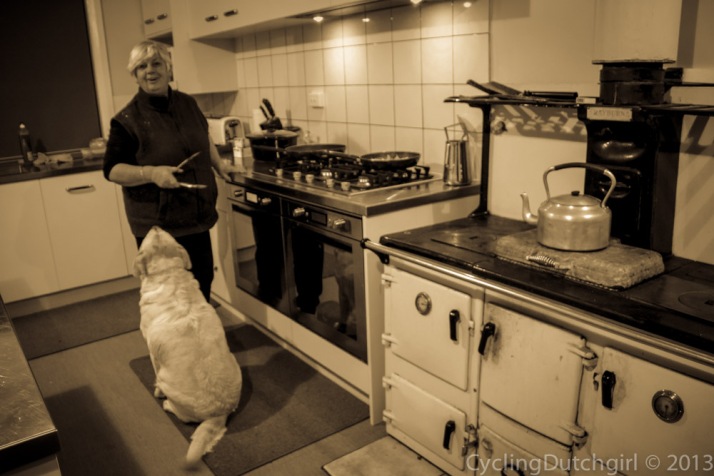 Annie had expected one of the guys to get back earlier so prepared a beautiful meal of home shot venison.

In the morning, Jim gave me a handheld two-way radio just in case anything might go wrong.

And send me along the track. And yes, it was cold.

The wonderful thing about a closed road is no traffic.

I experienced that last year on the rainbow valley road. 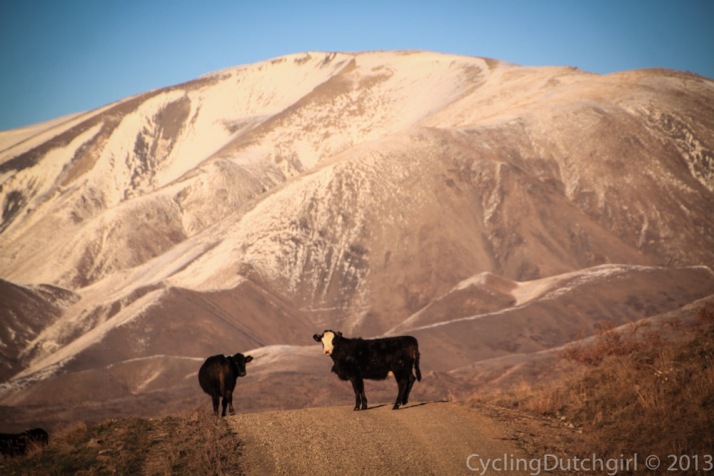 A lot of cows and horses though.

And a bit of a cold climb as I headed up the first saddle of the day, Wards saddle, from where I got the most stunning views of Isolated flats.

The track to come. I was very happy that on an impulse I bought a pair of UGG boots on a cold day in Wellington. Even though they are slippers, as my friend Kerry nicely pointed out, they are great for riding in very cold weather. My feet never got cold… 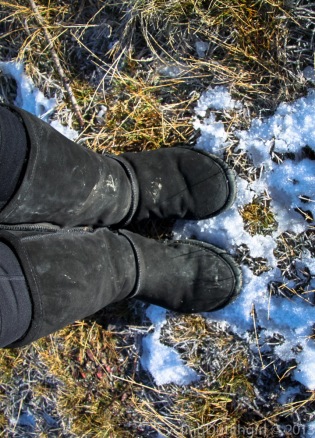 Well, only when I had to take the boots of to wade through icy little streams.

After the 2nd saddle the road follows the riverbed.

There’s a lot of history of early travellers, huts and the sad story of Ivanhoe Augarde.

Who was dumped by his girlfriend and tried to send her a letter. But the guy carrying the letter out shared the contents with other man along the way having a bit of a laugh. When Ivanhoe found out he tracked Charlie down and ended up shooting both him and himself.

Mt Augarde is named after him.

The end of the property is marked by Acheron accommodation house.

The only one surviving of seven accommodation houses build for the increase of travellers through the Amuri in the 1860’s when gold was found. In 1863 this accommodation house was build and proved a hub of activity during the next 8-odd decades. After wich it has been abandoned and deteriorated.

Now it’s been restored and looked after by the national trust. You can camp outside, but the accommodation house doesn’t provide accommodation anymore. Although some people think differently looking at the empty beer bottles and food packaging inside…

Jim had told me I was welcome to camp inside to shelter, but I found a great camp spot on top of the lookout after pushing my bike up the hill….

I knew it wasn’t going to be warm, and when the wind picked up just after midnight I wondered if it was very smart to pitch my tent in such an exposed place.

I wrapped my emergency blanket around my sleeping bag in an effort to stay warm. I didn’t get terribly cold, but I didn’t sleep either.

When I peaked outside at 4am this is what I saw….

It didn’t take too long to ride over Jollies Pass and into Hanmer Springs the next morning.

I did have to watch the road, it was still icy in places and rather rough.

It was lovely to have a soak in the hot springs and I stayed at a cosy little hostel where I met Kat.

She had the luck to win a jet-boat trip, and a lunch at a very flash hotel, in a raffle.

I had the luck it was for two 🙂 Apparently a trip to New Zealand isn’t complete without a jet-boat ride.

So after flying up and down the Waiau river I got back on my bike and rode to Hamish Parents farm.

Hamish is one of the guys I met ages ago at Tangihou Station.

Jill & Mark live in a lovely part of the country, not far from Christchurch. Where they look after sheep, cow’s and deer. 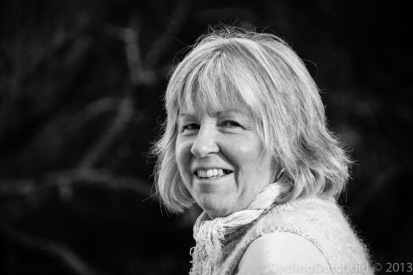 From there it was an easy ride into town.

Where I met up with my Aunt Mary. 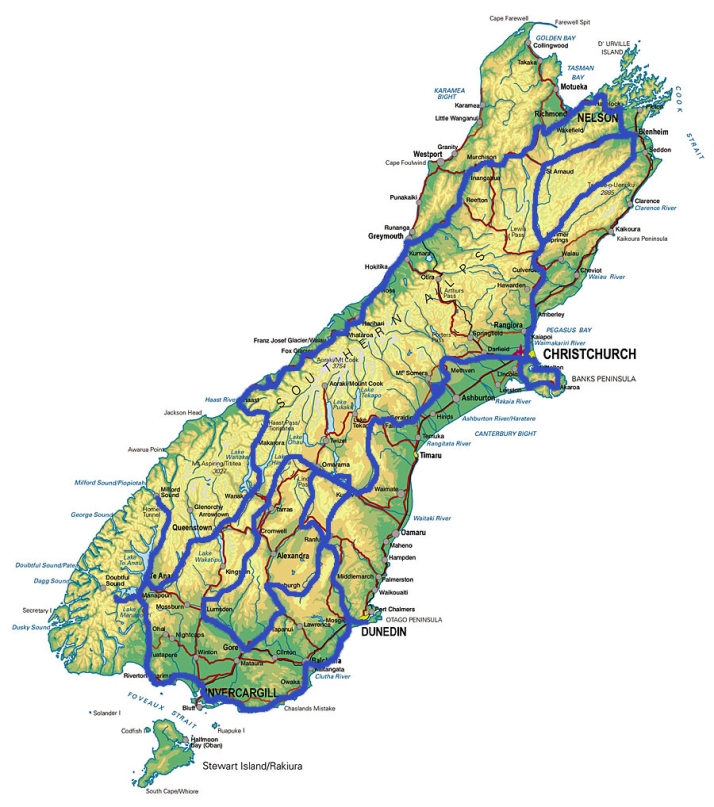 But as I said last time;

“I would love to stay, but visa’s keep pushing me on. I’m sure this wasn’t my last visit to New Zealand.

(and that’s a promise, or a threat… whatever way you look at it)

12 thoughts on “My Mid-Winter Molesworth Ride”