I’ve had a great time riding around on my beautiful big red tractor.

With 485hp and 3,5 meter high it’s easily the biggest thing I’m ever likely to drive.
And, over the past six weeks collecting roughly 15.000 ton grain, I’ve made a good amount of money doing so. A nice side-effect….

There’s few things you must think about when operating a machine this size.

First of all, and obvious, don’t hit anything. I’m a 20 ton tractor with a 30-ton trailer, if you hit something it’s not likely to survive… I’ve managed that one alright,
Another rule is not to drive into the crop. Ever. I’ve managed to stick to that one too.

Farmers can do everything right, but if the weather doesn’t help they’re pretty much buggered.
Like when it starts raining during harvest.
The moist-level in the grain is a measure you have to take notice of. When it gets too high you need to stop working.

It’s a beautiful sight to see the dark clouds rolling in over the paddocks, with lightning and thunder… that’s another problem though. If lightning strikes on dry land a fire is easily started. 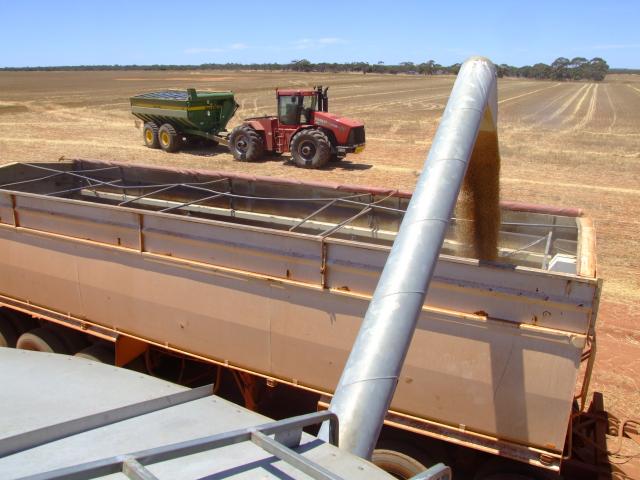 Every farm has to have a fire-fighter car in the corner of the paddock they’re working in. And when a fire is detected everybody has to stop work, ‘cause if another fire starts there will be real trouble.
All surrounding farms will send their fire-fighters to the blaze and try to control it. It’s a real threat so while working you keep an eye on the horizons for smoke.

It’s a good job; actually it’s a great job! I’ve spend up to 90 hours a week in my comfortable cabin where I’ve got all possible luxuries, from air con to a DVD player. It’s truly glorious.
Funny how you spend a lot of time working with a few people, but you never actually see them outside the machines. Apart from 1st thing in the morning and last thing at night…

I am staying in Tony’s and Judy’s house, the farmer and his wife. They’ve been like a mum and dad to me while here. They’ve got 4 kids of which the three sons work out here on the farm. Daniel and Tim both live on the property with their own families while Jerome, the youngest, comes home for the busy times and has been travelling the world over the past 5 years.

Then there is Barry, Tony’s 73 year old uncle who operates the other chaser bin and Connor, on the header,

a 18 year old English lad who’s just over for the harvest and will go straight back home when we finish.

My job is to chase the boys around the paddock and offload them before their headers overflow.
We’ve got a bunch of guys carting the grain to Geraldton in Road trains.
Mike and John come in most regularly. 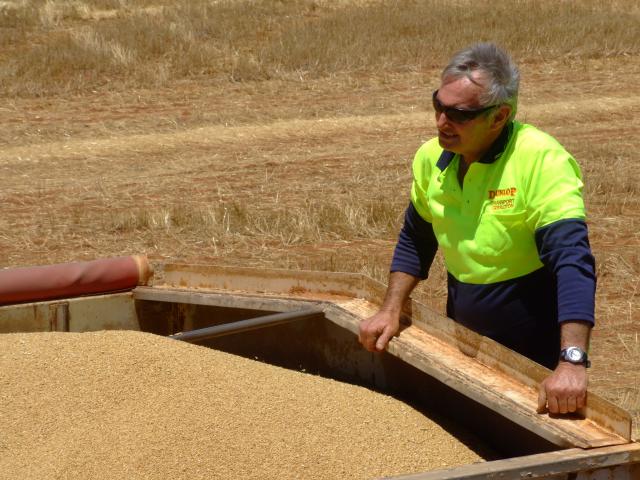 On one of the rare days off John figured I should see a bit of the area.

So we took his car and cruised up the ‘Batavia-coast’ towards Kalbarri. 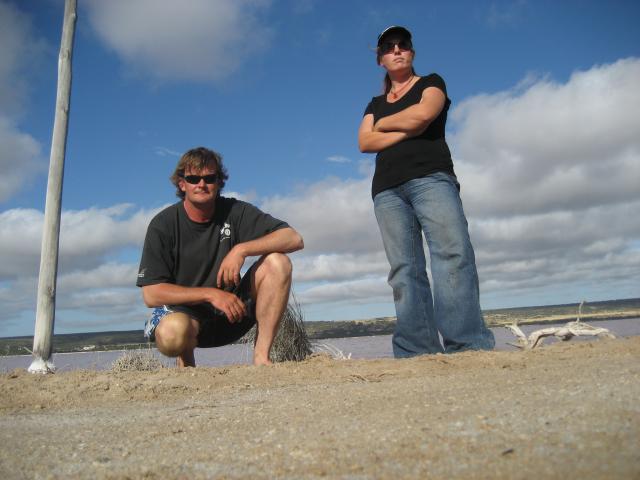 Climbing up a hill to have a look at this statue of a man on a bike we got a bit stuck in spider webs… lucky they weren’t dangerous ones…. (the spiders, obviously the webs weren’t) 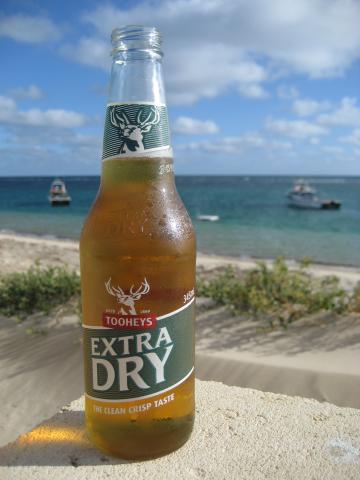 John had told me he got me a birthday present, but I needed to come to Geraldton to get it…
So after work on the 8th I hopped onto his truck and off we went.

I happened to have the Best birthday Ever.
Better than cycling in pouring rain in Indonesia (29th).
Better even than sharing pizza with 14 strangers including a Buddhist monk in Kathmandu.. (28th)
Better than building a snow-lady in Sweden …(26th) Although the bicycle-birthday cake I got there deserves a mention…
Better than getting my hair & make-up done and be all pretty and girly in Derry (25th).
Better than hiking across Spain (24th) and most definitely better than sitting around on an airport (23th) or living in a closet in Edinburg (22nd) …

It was a beautiful trip and from the air you see all the coral reefs and small islands where fishermen and pearl farmers are trying to make a life in harsh but pretty surroundings.

We could even see dolphins from the air! 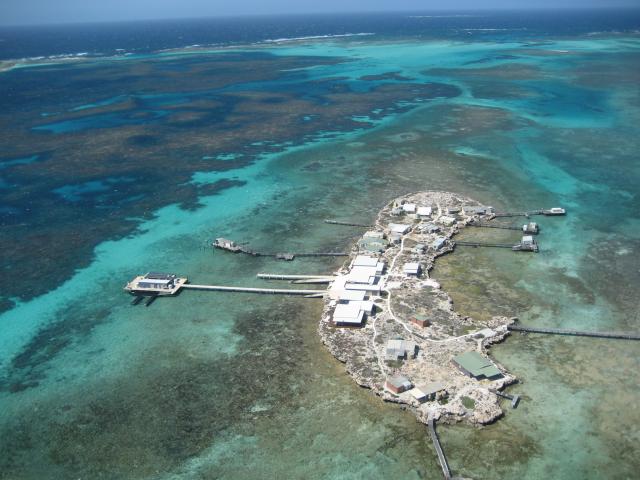 It also happens to be the exact spot where the 1st Europeans set foot on Australian soil back in 1629 when the Dutch VOC-ship the ‘Batavia’ hit the reef and sank, leaving the passengers and crew stuck on those desolated islands where they stayed and survived till some of the crew rowed to Indonesia to get help. Most were brutally murdered, but some survived and made their way to Indonesia and eventually back home. Some were punished for their crimes and either hanged or let loose on the mainland. Where, so the story goes, they might have mingled with local aboriginals. From the 341 people who set sail from Holland only 77 survived… 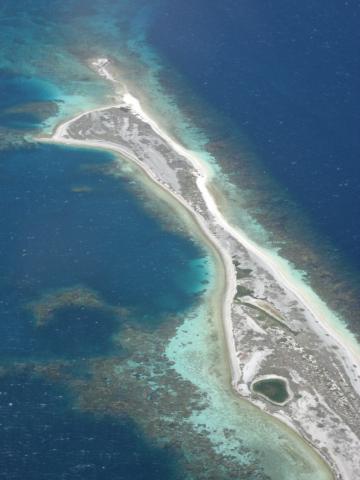 A small fort still stand on the island these days and I flew right over the top to see the first European building in Australia. 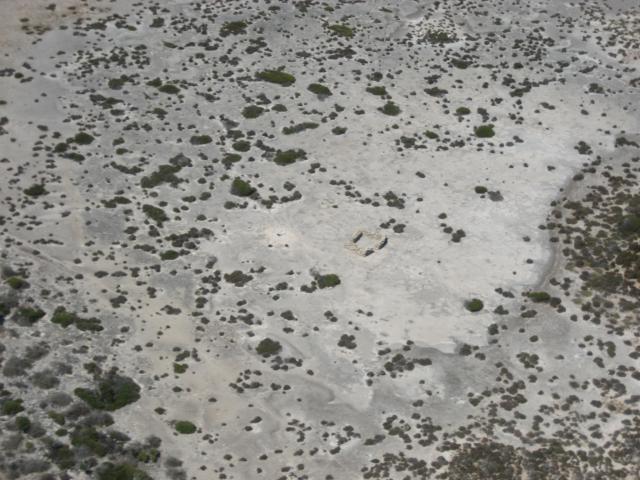 I find it funny to think that the first people here were Dutch and at least for this one day, the last one was too….

Then we spent half a day snorkelling around the Island and after my first worry to encounter sharks or other deadly creatures that live in Australian waters I thoroughly enjoyed watching the little (and not so little) fish, sea-cucumbers and stars and even a stingray. I stayed well clear of that one… we all know what happened to Aussie legend Steve Irwin….

Back on the picture perfect white beach our pilot/tour guide set up a table full of rolls, fresh salads and seafood. Even a bottle of champagne wasn’t missing! Wow! Happy birthday to me 🙂 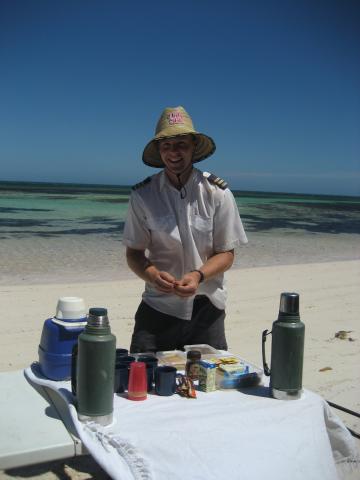 After a stroll around the island where it kept amazing me how people could’ve survived with the lack of fresh water and… well anything really. I did spot 3 of the small wallabies that inhabit the island and have done so forever, they were a food source for those first shipwreck-survivors as well.

On the way back to the farm there was a bit of a hold up as half the country seemed to be burning, we’d already seen the fires and the smoke from the plane.
After some time and with a police escort we were taken down the road where the glowing trees and burning fences were quiet a spectacular and rather Christmassy sight.
Shame it does so much damage…. 3.000 hectares just went up in flames in no time at all…

Now I’m 30 and since there seems to be no signs of settling down mum & dad gave up hope of me ever walking down the aisle. So instead of buying me a wedding gown, like they did for my sister, they decided to give me the money.. That means I can keep cycling an extra half-year at least with the rate I’m spending! Hurray! 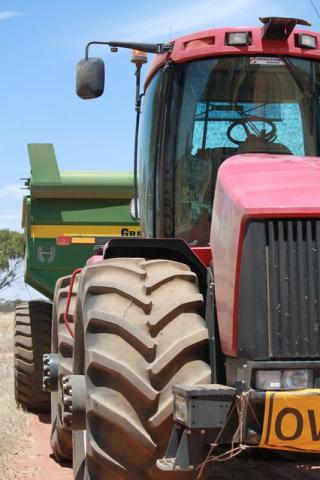 I’ve got another job lined up straight after harvest, its back with the crew I worked with just before I landed myself on the tractor.
Tarping. 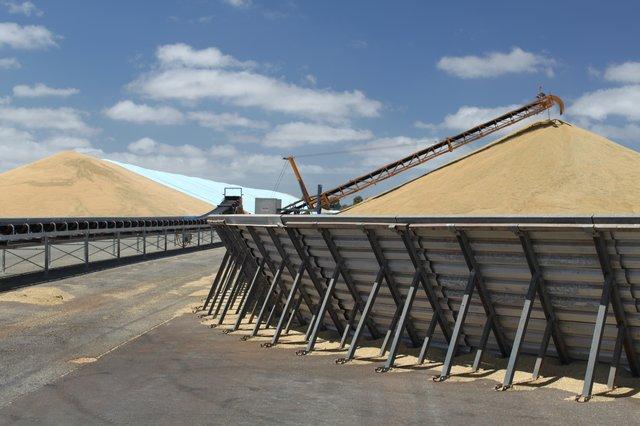 It means getting up around midnight to go and cover the grain in bulkheads. It’s hard work and the reason we do it at night is it’s cooler than the 40 degrees it reaches during the day. Also the wind settles down a little. Last year a guy died when the tarp he was working with took off and sent him flying…
Wading knee-deep through grain while dragging a 360kg tarp with 5 others is fairly heavy. That’s a good thing after sitting still on the tractor where I seemed to expand at an alarming rate… 😉

Can hardly wait to get back on two wheels.
It will probably be just after new years.

So for now I wish you all a merry Christmas.
We’ll see what the New Year will bring.

19 thoughts on “a Harvest Holiday”