Never have I been called Mister so many times before. “HELLO MISTER!”, “GOOD MORNING SIR!”, along with “I LOVE YOU!” and, strange enough;” HELLO, WHAT ARE YOU?” … Well. I’m NOT a Mister, try telling them.

But I am starting to fall in love with Indonesia.
It shot up in my charts and is right up there with Turkey at the moment.

That didn’t happen immediately, particularly the dodgy boys at the ferry port in Padam shouting obscenities and following me around didn’t much help. Nor did the boy who sneaked up on a motorbike and groped me…

The first few days I wasn’t in great form, it’s a big jump from Pat’s nice and clean apartment in Singapore to the dirty, dusty, busy roads full of potholes. The heat didn’t agree with me much and I still wonder why it is that perfectly friendly people turn into complete crazy maniacs as soon as they get into a car or bus…

So what makes me like Indonesia you might wonder…
It’s West Sumatra. The day I crossed the border, it happened to be the equator as well, there was a change like night and day…. or like north and south. Might be more appropriate in this case 😉

At a petrol station just before Bangkinang I met Deni, a sweet girl who invited me to her family home. Her mum and sister are both English teachers so we could actually talk (doesn’t happen too often in Indonesia). The address she gave me wasn’t the easiest to find but with a police-escort I made my way to her house safely.

The whole family was waiting for me and when I arrived we went by car. To my question; where? The answer was simply; “Around”. So we went around, to look at the pool, a bridge, a view-point and a sister’s shop. Deni’s Mum adopted me as her daughter and still sends me txt-messages, she’s a sweetheart.

Not in any country before, not even India, have I been photographed so many times, by schoolgirls, shopkeepers, random people on the road… I start to feel like a celebrity…

And then I arrived in Payakumbuh. Hometown of Jen.
(Nina’s friend who I met on Ko Phangan, Thailand)
I stayed in his village of 500 inhabitants for 5 days and had the most wonderful time! 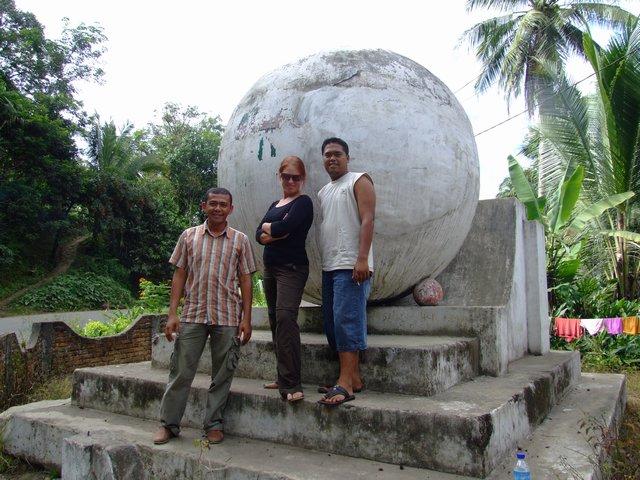 Jen is an English teacher so I met his students for practice. During one of those meetings we talked about the meaning of names, a boy’s name meant strong, a girl’s name meant beautiful… I couldn’t answer the question of what my name means. So they told me they will call me ‘Berani’ It means ‘brave’ in Indonesia…

I stayed in the traditional house where Jen’s sister and her family lives, the roof is said to resemble the horns of the buffalo. It looks like something out of a fairytale to me.

As does the country side… 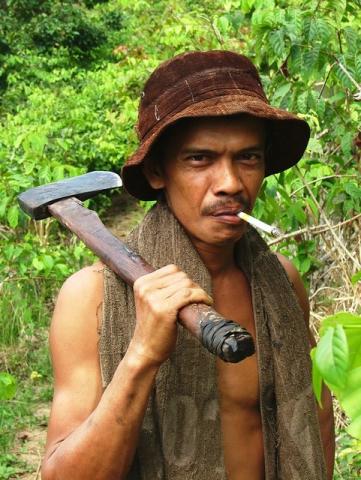 I got my own room and the bathroom is outside, there you can take a bath with a bucket of cold water while grandma curiously peeks over the wall to see what’s going on…
If you need to go to the toilet, or ‘feed the fish’ as Jen calls it, then that’s exactly what you do… The toilet is little more than a few pieces of wood above the pond where a bunch of fish eagerly await the next visitor. 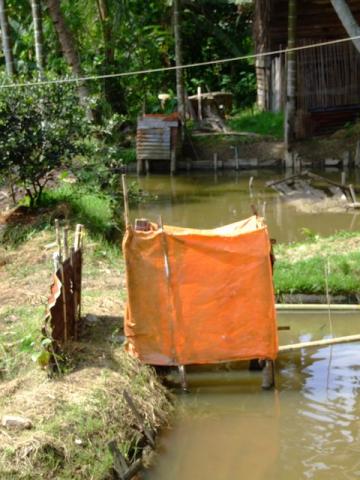 Every time I had to go I thought ‘poor fish!’ and hope they’re not on the menu for this evening’s dinner…

Every morning I would walk over to the local cafe to have a coffee and a ‘chat’ with the neighbors.

At this cafe I tried the local delicacy of egg tea. It’s exactly that. Tea with a raw beaten egg. Strange but true.

Every spare minute he had Jen showed me around on his Vespa,

we visited a national park with gorgeous waterfalls tumbling down the cliffs, had lunch at a wedding party, we drove all the way back to the equator (I’d missed the monument..) and spend a lot of time with his friends cruising around and visiting a school. 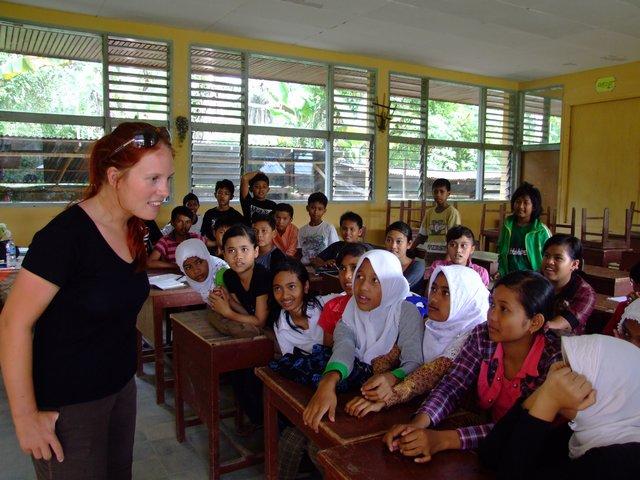 I even went to the motocross!

He explained to me the process of Gambir, a plant that apparently we (the Dutch) imported in Indonesia and is now the main source of income for villages in the hills like Jens.

Then he introduced me to some weird food like Buffalo skin, Jungle Jack fruit, and Durian… 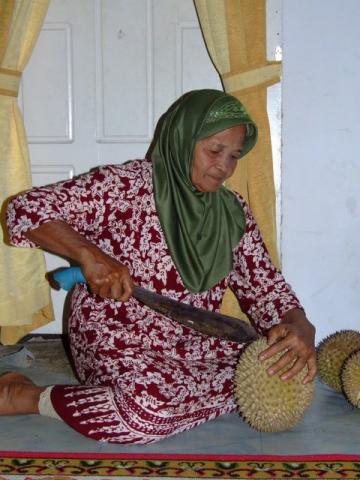 Durian is something special, I cannot possibly describe what it taste, or smells like. The smell is so strong that this fruit is banned from certain hotels and public transport in South East Asia. I’ve been eating it a lot in Indonesia, and I can’t say I love it… I don’t hate it either. It’s peculiar. You’ll have to try.

Sadly I had to leave Jen, who I call Uda (it means big brother), and his family to continue my journey.

Luckily Jen had set me up with his girlfriend Chiyet, another English teacher at a bordingschool in Mukomuko, Lake Maninjau.
I got there down the famous road with 44 hairpin bends, and there really are. You don’t need to count, they are numbered…
Never though I’d be any good as a teacher, but the students seem to like me, and I love them! Never thought kids between 16 and 18 yrs old can be nice and fun (I for sure wasn’t).

The regime at the school is rather strict, at 5.30am they run around like soldiers for morning exercise after they’d gone to mosque to pray. I still don’t understand why Allah wants us all to wake up so early.

They aren’t allowed mobile phones or outside food and are not allowed to leave the premises either. I think we should build schools like this everywhere… 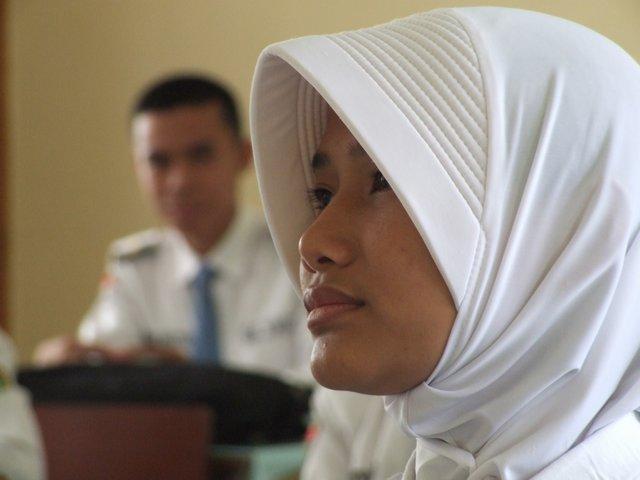 In Padang I decided to take the long way around. Staying on the coast would just be too easy (little did I know then).
So I headed for the hills again where it also happens to be lovely cool and very pretty. Up through jungle and past fields full of rice and people with funny hats. 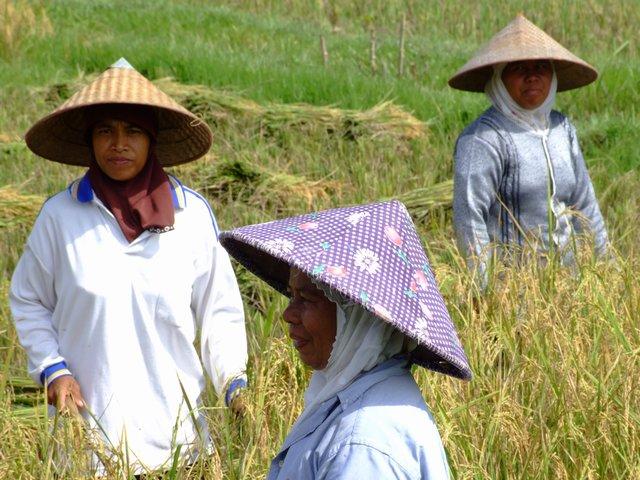 As I stopped one early afternoon to take a picture of yet another beautiful house the inhabitants came running out offering me fruits, and if I needed a rest. I didn’t really, just came 50km down a mountain, but I took one anyway to have a closer look at this pretty house.

It’s over 300yrs old and apparently belongs to the King. They let me read a Dutch letter from 1953 to prove it.
Then they showed me this gorgeous little golden and pink bedroom, and if I’d like to spend the night there… How could I say no!?
I felt like a fairytale princess straight out of some Grimm-fantasy.

Even more so when 3 prince’s on motorbikes took me to a wedding that evening where one of them sang me songs, I called him King Frog. He didn’t like that, I guess he doesn’t know the story 🙂 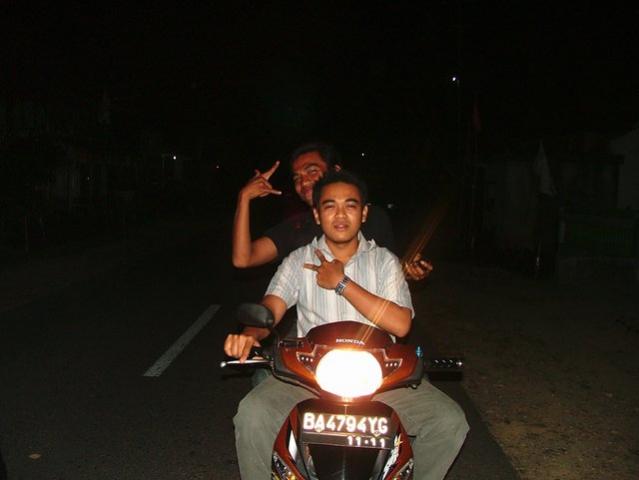 , until the clock rang 9. O No! I had to be home at 9! Or I turn into a dirty stinking cyclingdutchgirl…
Later I was told it really was the Kings house, and the woman serving me tea is still called the Queen…

Up high in the hills between tea plantations stands at 3800m Mount Kerinci, Sumatra’s highest peak. I fully intended to climb it, but then I got poisoned….

It happened like this;
I cycled a big long day and arrived tired in a small village.
A nice man invited me, and the rest of the village, to his small house where they all stared at me.
But I wasn’t feeling to great and asked to lie down. Now, this house is very small and to get electricity they have to use a generator. For reasons beyond my understanding this generator stands inside the house. So in no time at all the small space was black and blue from diesel-fumes. No one seemed particularly bothered.

After a few hours when the family was ready for bed and I felt ready to die they switched the monster off.
We all slept on one surface with small pieces of board separating the ‘bedrooms’. At 4am, when the mosques start to scream, mum got up to light the fire. House full of smoke.
I left.
10km later I collapsed in a restaurant with a fever and a pounding head ache.
33 hours later I woke up and felt fit enough to continue…

But nothing too bad will happen to me ’cause, as my dad mentioned, there’s an angel watching over me. More than one I’d say. The latest one being my great-grand-ma, who I’ve mentioned a few times before. She passed away last week at a grand old age of 98.

I passed and waved beautiful Mount Kerince goodbye, since for sure I’ll be back.
(Wouldn’t miss Jens wedding for the world)

Well, I better go now.
There’s a road waiting to meet me.