A man grabbed my hand, looked at the palm, and told me; “You are very lucky”
Like he needed to tell me 🙂

It has been hot, as expected. And I’ve noticed (again) that my body still disagrees with the heat. If the temperature doesn’t drop below 33C at night I can’t sleep. And when it hits 40C at 8 a.m. and keeps rising, I can’t eat either. Not ideal when you still ride 100km days. 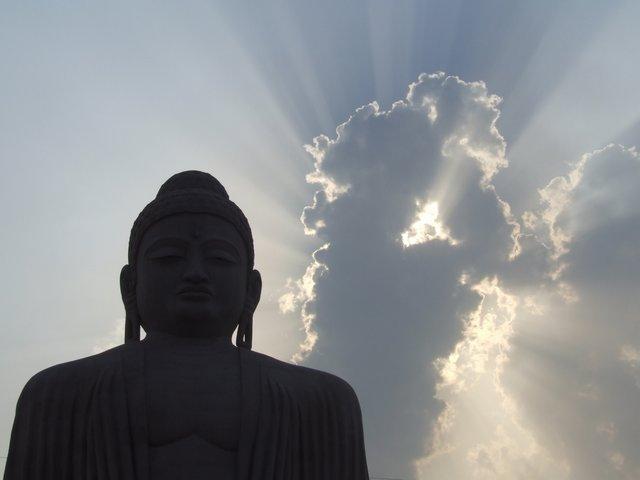 So when I arrived in Bodhgaya three days after leaving Varanasi I decided to treat myself to an air-conditioned room.
The first place I stopped to cool down and drink water, lots of water, looked expensive. And after chatting to the staff for a bit I found out it was (2000+ rupees). So when I asked the receptionist on my way out ‘You wouldn’t have a room under 500 rupees would you?’ I was surprised he answered with; “for you… yes we do.”
So there I was indulging in the luxury of a cool room, with TV. and warm and cold water. Bliss. 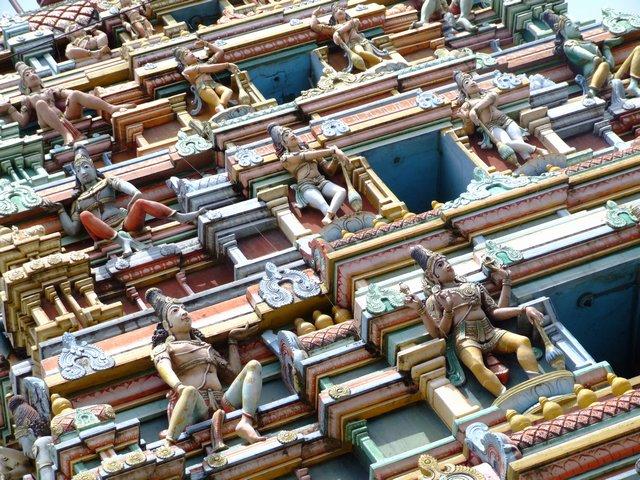 The night before I’d spend in my tent with the choice to get eaten alive by mosquito’s (with the tent open) or sweat like crazy (with the tent closed)
After the day cycling through ‘dangerous Bihar’, where the worst thing that happened to me was being charged twice the price for a aloo paratha (potato bread/pancake), I stopped in a village and asked at the police station where to sleep.

Here, a police station is a big wall surrounding a small village where all who work there plus extended families live.

The officer in charge let me pitch my tent in his courtyard while his wife made me food and cay. And no one ever asked for money. 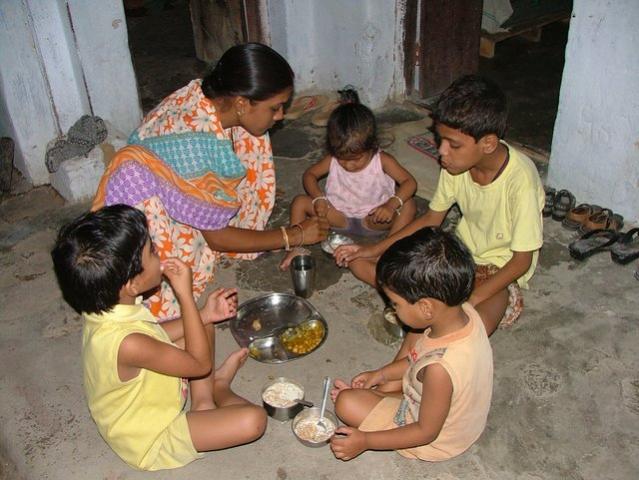 Bodhgaya is the place where Prince Siddhartha Gautama found enlightenment under a Bodhi tree and became the Buddha. It’s a big Buddhist pilgrim place and a descendent of the original tree still stands tall.

With monks chanting and meditating underneath and temples and monasteries cluttered all around. A nice place for a break. Some one gave me a leaf of the tree while some one else offered me tea. I sat down and heard about a group of 106 people walking down from Delhi to protest against the on-going in Tibet. Apparently the victims of the riots are denied medical care by the Chinese. Not very friendly of the Chinese..

I wanted to rent a motorbike to ride out to some caves where Buddha sat meditating for 6 years. But could only find a boy/bike combination. So with 18-year old Sudhi on the back, who kept reminding me to go slow while I kept reminding him to take his hands of my legs, I rode out to the caves while we both sang songs in our own language and had a swell time all together.
Half way back we ran out of petrol so my young friend went for a walk to find some, while I stayed chatting to some youths, it must have been a sight to see. First a bicycle stopped to stare, then a jeep and a motorbike passed, both looking at me instead of the road so they smashed into each other… More and more people gathered, lucky Sudhi came back so we could leave the scene. (No one was hurt)

And then the rain began.
I was hot and bothered. Dipping my scarf in every well I came across to wrap it around my head trying to keep cool.
Suddenly a strong wind came up, the sky went dark and lightning was flashing all around, the temp dropped with a whopping 20 degrees! And I felt better immediately. I could go much faster, felt hungry, and started singing again. Wonderful.
I did stop for shelter at a little shop where I joined three men for tea. As I got up to pay they said;” No sister, no money, this is home delivery!”

With a smile I continued along the Grand trunk road, one of the longest roads in the Indian subcontinent with foundations dating back 2000 years. It runs from Calcutta all the way into Pakistan and has been one of the most important trade routes over centuries. And now the part between Varanasi and Calcutta is mine 🙂

Mostly a 4-lane highway that get used as two 2-lane roads, with traffic going up and down on either side…
End of the day I reached a town where Abhiram runs a tiny internet cafe and lives with his mum and younger brothers and sisters.
They live in a small house at the edge of town and told me to spent the night there… 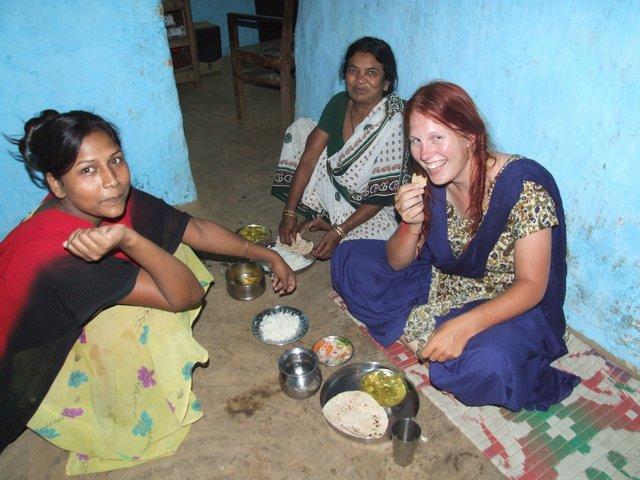 I was taken around the neighborhood and had so much tea and snacks (come to my house! can I have a snap with you?) I could hardly eat the beautiful dinner that evening.

I cycled along when a man on motorbike slowed down and stated: “you are Mirjam, you come from Netherlands on your bicycle.”
….ehm.. yes..?
“I read it in the newspaper. Let’s drink tea!’ 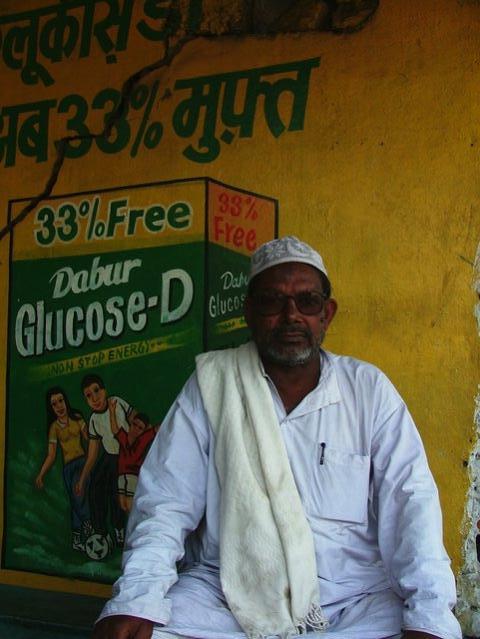 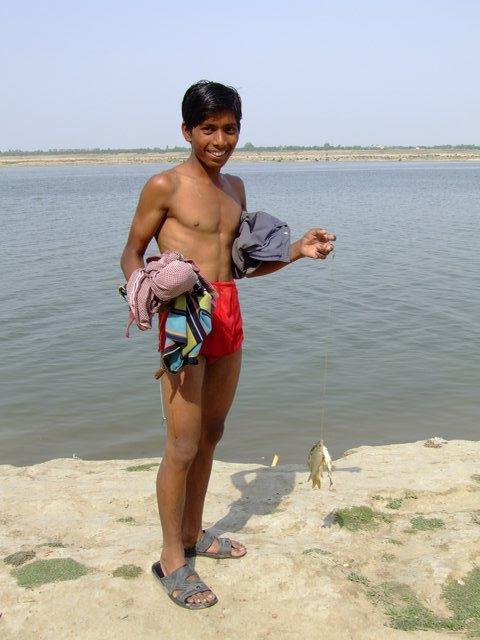 Same day a boy slowed down and asked me what my problem was. He didn’t believe when I told him I didn’t have a problem and then told me it would be a much better idea if I’d put the bike on a bus and continued on the back of his motorbike…
I assured him I was really fine the way it was, but he could drag me up the next hill if he really wanted too… So that’s what he did, and then he got me a coke and moved on but not before telling me:
“Look, this is my India.
A little spicy, a little salt, a little sweet and a little bitter. This is India”

The last two days coming into Calcutta where great (as well).
There was a ‘Bandh’, a strike organized by some political parties shutting down all transport to protest against the rising oil prices. For me it meant that I had the whole four lanes all for myself, and some random cows, sheep, kids playing cricket and a few other bicycles.
Arriving in Calcutta with no traffic at all seemed a bit surreal but soooo nice! No waiting for traffic lights, no horns beeping like crazy and no one trying to run me over. Just lovely. 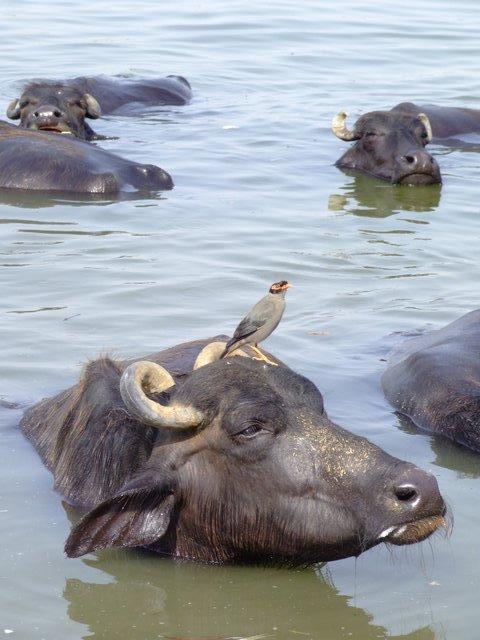 I will stay here until I find a way to cross the water.
Will keep you posted, 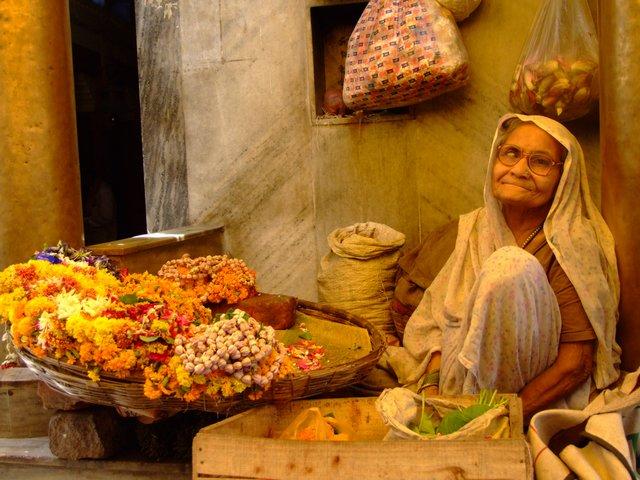 15 thoughts on “My Grand Trunk Road”