It is much better for me to be on the road, have places to go and things to do.

If I don’t I can easily spend days on end drinking coffee and reading books on rooftop terraces. Nothing wrong with that, really, but I’ve got the feeling I need to get moving again.
I just can’t be bothered with checking timetables and sorting out tickets, I’d rather jump on my bike and go. Since I left my bicycle in Kathmandu this is a little difficult. So the only thing I could think of is get myself a motorbike! 🙂

It’s not that I haven’t had a good time the last month, and I even managed to squeeze in a few sight-seeing trips. I’ve discovered the bat-cave in Pokhara where millions of scary little bats hang upside down from the ceiling although I’m still in doubt they were alive. I didn’t see any bat-poo and they never moved… 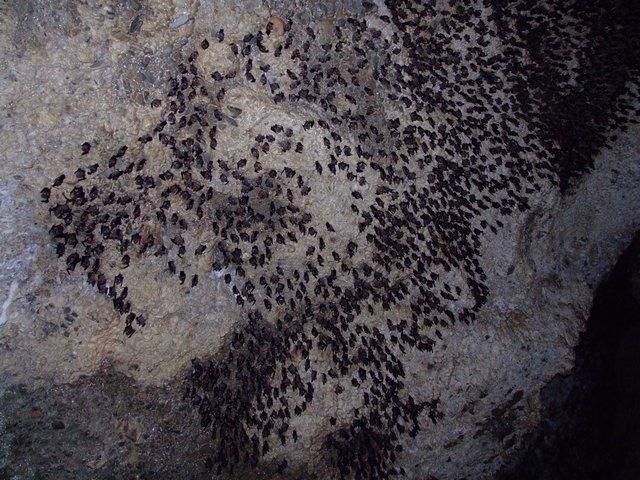 With Margot ( http://www.margotzylicz.waarbenjij.nu ) I rented a motorbike and discovered I haven’t forgotten how to ride yet.
But finally we managed to leave Pokhara behind and moved on to Chitwan national park, together with Don and Mick on their bikes. We rode an elephant through the jungle and spotted all sorts of wildlife, from pretty little birds 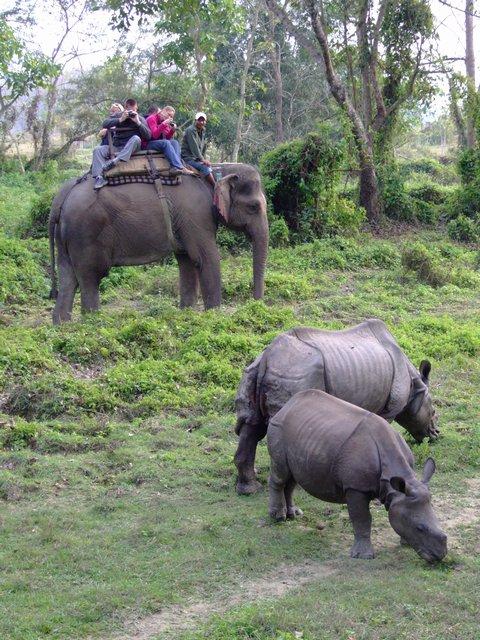 It amazed me how close we could get to the animals. They react differently when you’re sitting on an elephant.

But on the question ‘What’ve you been up to today?’, most days my answer would’ve been something like: ‘Oh well, I read a book, went for lunch, had a coffee…’

So, I decided to join Margot to India. One small obstacle was the fact that I had no visa. So with Mick I raced up and down to Kathmandu to sort this out while he got his Pakistani visa.

(He’s been riding all around the world for 16months now, started off in Scotland and has been everywhere since. On his way home from here, check out his site http://www.mickrtw.blogspot.com) I could check up on my bicycle, still there getting a little dusty… Before we met up with Don and Margot on the border. It sounds a little easier than it was.

We stupidly said to each other how surprisingly smooth our whole plan was going… Mistake…
As soon as we arrived at the Indian embassy a note on the door informed me I wouldn’t be able to pick up my passport until 16.30 the next day. With a bunch of people who were gonna miss flights because of this I waited till some important person came to talk to us. Apparently the ‘visa-print-machine’ had broken down, but I managed to get mine in the morning so we could still make it to the border… Bit annoyed they didn’t give me multiple entry as I asked but well.
About 40km out of Kathmandu the bike broke down. 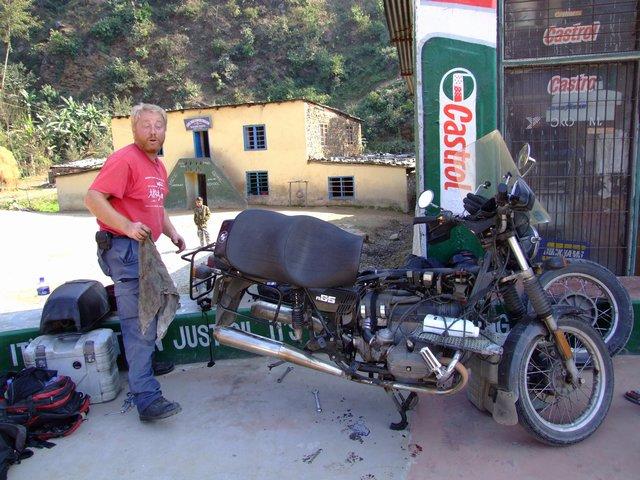 We needed to take off the whole back to reach some annoying little screws in difficult to reach places, but 4hours and 4dirty hands later we fixed it! and were good to continue. Riding in the dark on those windy Nepalese roads with potholes everywhere, trucks with no lights and buses smashed up on the side… brilliant craic! 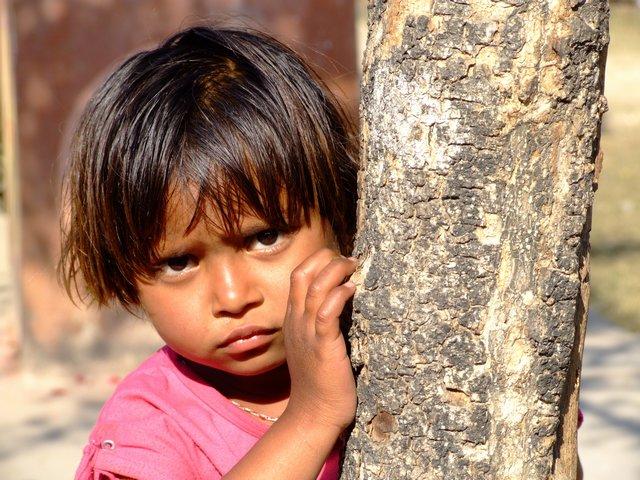 As we left Mick and Don in Nepal, Margot and I crossed the border into India, it didn’t seem like a real border, the first one without my bicycle… And again, no one asking for passports or visa, completely different from central Asia it is here.

We were well surprised by the lack of attention we got, no one wanted to hassle, stare at, or rob us. After all the horror stories we’ve heard about India, it was a little disappointing.
No sweat finding a bus to take us to a train, except it stopped and we had to continue in a rickshaw before we even reached Ghorapur. Apparently the bridge was about to collapse and the bus was too heavy… Relieved that the bridge didn’t collapse on us we got to the train station, now all we needed to do was get a ticket to Delhi. How hard can that be…

In Holland you put your card in a machine, tell it where you wanna go and within a few secs there’s your ticket. Not so in India.
We found a counter that said ‘tourist, ladies and journalist’. But when we asked for sleeping class tickets we were told the train was booked, but if we’d just go across to the other end of the hall there would be a counter where we could buy ‘regular class’ tickets, which we should be able to upgrade. Stepping over people we managed to get across to the other end and get the tickets. Back at the first counter they told us to upgrade them we had to go to a special place at the platform. When we found this place we first had to find out (at another desk) if the train would be on time… After confirming this, our tickets got upgraded. And the train was late.

But hey, we did find our places in the train fairly easy and again we were not hassled, drugged or robbed. Although, a nice Korean men in our carriage had his sleeping bag cut open and lost his money and drivers licence.
19 Hours later we got out in Delhi where a rickshaw took us to our hostel and we slept. Since we’ve been here I met up with Teus-Jan (remember, we met before in Iran!) And Mick, who made it down as well.

So what’ve I been up to in Delhi? … well, I wondered around, had some lunch, a coffee, read a book on a rooftop terrace…. you know, the usual…

O yes, and we got ourselves a motorbike, 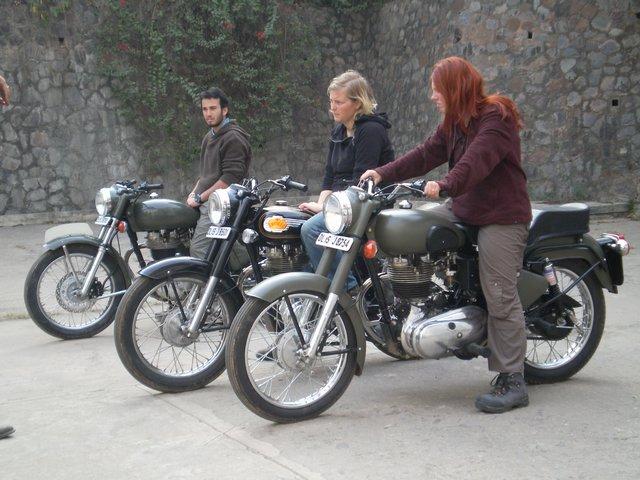 or two motorbikes actually. 2 beautiful Royal Enfields! Together with Margots friend Rjimke who arrived a few days ago, we’re gonna head out and DO something…
I’ll let you know what when I get back.

17 thoughts on “Too lazy to backpack”