Thats what I’ve been telling people for about a week now. And I’m still here. Istanbul, I love it! What an amazing city.

I didn’t look forward cycling in a city of 16million people but I had a great time coming in. I guess I learned some useful cycling skills trying to avoid the traffic back in Italy…

And I have to say the turkish drivers seem to be more considerate for a bike on the road. Except the dolmus-drivers… they’re just mad. 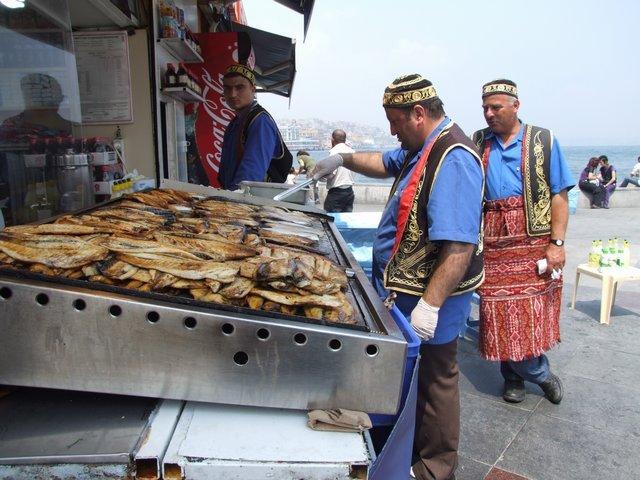 When I asked directions to a policemen he invited me to have a tea and I left with his nr just incase I would run into trouble wich of course hasn’t happened. yet. 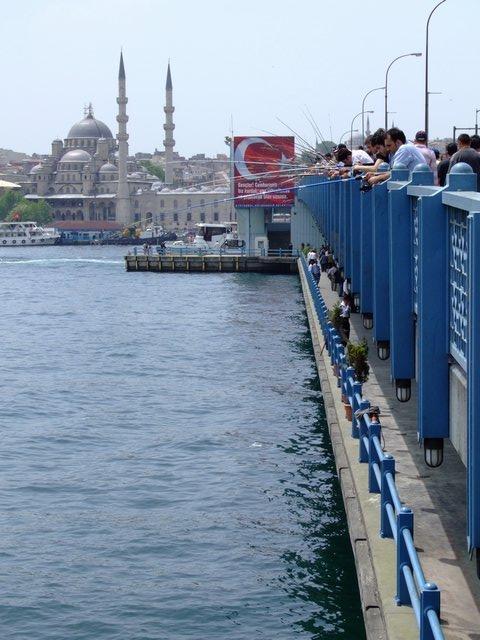 I normally don’t like cities and avoid them as much as possible. I came here to get my Iranian visa and didn’t know how long I would have to wait around for it. But I arrived on friday, received the authorisation code on sunday, left my passport at the embassy on monday and went to collect it on Tuesday.

But I was told they didn’t have my passport and did I just leave it without getting a receipt or something… Trying to scare me, but it didn’t work. his smirk gave him away. So in a great mood I walked back to the hostel and had a coffee at Starbucks on the way… my first time ever, and it was great! After lots of instant and turkish coffee, which is ok but nothing compared to a beautiful proper cappuccino.. yum 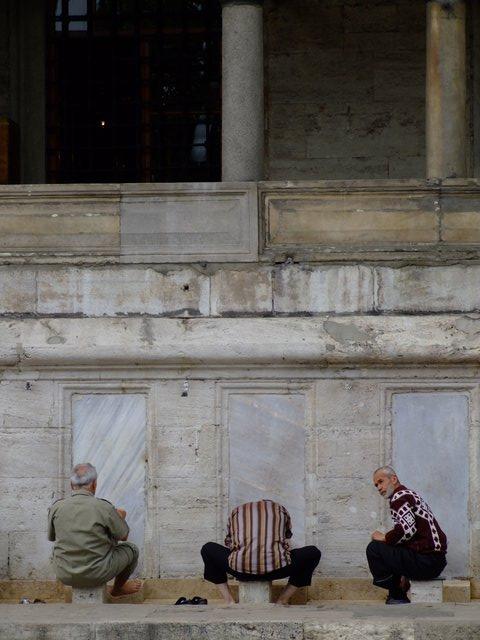 Of course I’ve been around to see the sights, and following my uncles good advise I took a ferry across to a little island where I tried out my new snorkeling gear, been thinking of buying that cycling along the Greek coast and finally I did. So I hope to find some nice spots along the black sea coast in the next couple of weeks.

I’ve met some great people staying here at Mavis guesthouse where I’ve been sleeping on the roof with a view of the Aya Sofia. Its gorgeous! lit up at night with birds circling above it. And beat all the boys that work here and the owner at tavla 😎 (backgammon) Few nights ago I met a dragoman-tour group. they were about to set off on an overland trip to Kathmandu. We went to a restaurant and smoked a water-pipe…

which isn’t my thing I have to say… but I guess the pic says it all…. 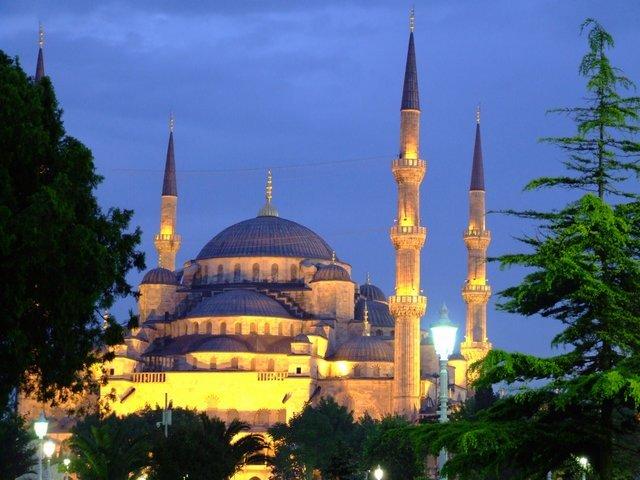